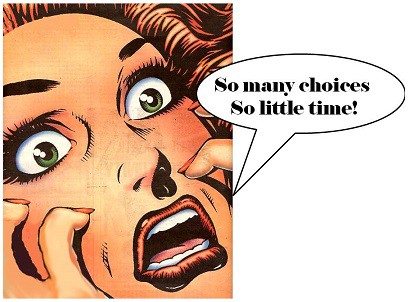 Thursday, August 12, 2021
After months of pressure from my kids, I bought an Apple iPhone despite insisting for years that I would not be pushed into “the orchard.” I
resisted the migration into the Cupertino ecosphere with my succession of Android phones. They were good phones and, since I believe in
competition, I kept buying them. But with two kids in college, the need to communicate seamlessly via iMessage and Facetime overcame my
misgivings. I gave in and am now part of the cool kids’ crowd. I admit to liking the female Siri voice with the Australian accent – quite, uh,
compelling… 😉

A binary choice of mobile phones is a simple matter when compared with the energy issues confronting the West. I get an excellent, data-driven
newsletter every day from EnergyGPS which provides great insight into what is moving markets. Those insights into Western Markets –
particularly as they relate to the dire hydro situation and natural gas – have been particularly useful of late.
Water, water, used to be everywhere…

As bad the drought is, one could be excused for thinking “this too, shall pass”. However, the data presented recently by EnergyGPS suggests
that drought conditions in the West are occurring with greater frequency and severity. They point out that 2019 was an excellent hydro year,
and yet it only took two years of drought to create a crisis extending from California to British Columbia that is so severe as to render some
reservoirs nearly useless. The speed with which plentiful hydro becomes “crisis hydro” in Northern California can be seen in the chart below
supplied by EnergyGPS.

The weather is only part of the picture that suggests a chronic rather than episodic hydro shortage. The fact that the hydro infrastructure has
not expanded for decades while the population and use of the hydro has swelled over the same time is also crucial to consider. So, even if a
person does not believe in climate change, there are plenty of reasons to believe that even a good hydro season would yield only a transient
reprieve. Hydro scarcity may be the norm.

But wait, I’ve got a battery project!

Another article by the folks at EnergyGPS shows how battery usage has both spiked and changed since last year. On many days, the fleet output
in CAISO averages in excess of 1,000 MW. This increase is partially explained by the sheer number of new units. But as EnergyGPS explains, the
increased dispatch is not just because of new capacity. This year’s dispatch is often 50% of installed resources – much higher than last year.
When it comes to battery dispatch, the tricky trade-off has always been between use for ancillary services and use for energy arbitrage (“arb”).
Since CAISO doesn’t produce data distinguishing between battery dispatch usage, EnergyGPS has modeled it. Their analysis suggests that this year
batteries are being used more for energy arbitrage since the ancillary market is not large enough to absorb the additional capacity added in
2021.

Interestingly, the real-time market arb opportunities have been coming in lower than the day ahead market (with the exception of one day in
July). If you have a battery that is not fully utilized in the ancillary services market, it would be natural to save the state of charge of your
resource for that real-time market which is normally more volatile. For whatever reason, the arb opportunities have been less than might have
been expected, even as the entire Western market has been skating near the edge of capacity exhaustion.

I think I smell a hydrocarbon…

Is this unexpected real-time market the result of ocean temperatures keeping densely populated coastal areas cooler than the interior? Possibly.
As evidence of that, consider what resources were dispatched to meet load was in Southern California, Arizona, and Nevada while a critical
transmission line from the Pacific Northwest was limited due to wildfires in Oregon. That replacement generation may well have come from the
unloved fleet of natural gas resources.

Even with increased use of batteries, one can imagine that part of the way to compensate for the region-wide scarcity of hydro must come from
the dispatch of natural gas units. Nonetheless, while the prices in the CAISO market have been healthy, they have not been as high as some
would fear. True, there is a persistent spread of around $100 between SP15 and the more expensive Palo Verde hub in Arizona. But one could
have imagined a real fight for natural gas to power resources from markets like Texas and other upstream areas. The general rise of natural gas
prices over this past winter seems to have driven more molecules into storage than in past. Even Aliso Canyon, functioning at less than 50%
capacity, still had more gas put in than in prior years. This seems to have moderated prices for the increased thermal resources dispatch needed
this summer.

Your point is, what?

This is complicated stuff with lots of moving parts. Readers of this blog are accustomed to my railing about the interdependency of the entire
West. The loss of thousands of megawatts of legacy thermal generation to retirement, combined with seemingly chronic hydro crises, has driven
this interdependency into sharp focus. So far, we have gotten through the summer with razor-thin electric capacity margins and moderately high
prices. Let’s hope this luck holds. We’ll certainly need that luck if it becomes hot everywhere at once like it did last year. We don’t have the late
runoff of hydro that was available last year.

We need to keep the states, utilities and market participants focused on the effort to integrate the Western regional power market. The effort of
Northwest Power Pool (NWPP) to arrive at a regional approach to Resource Adequacy (RA) is important. But it can’t stop there. The way forward
requires investment in new resources, but it also must facilitate using what resources we have in the most efficient manner to meet reliability.
That means forming an RTO either as part of CAISO or as a separate RTO to coordinate dispatch and transmission planning with CAISO. It will
also make the investment picture more transparent and easier to finance. Things are changing out there and there are many variables. Let’s
focus on things we know will help.

I wonder if my Aussie Siri has any clever suggestions…