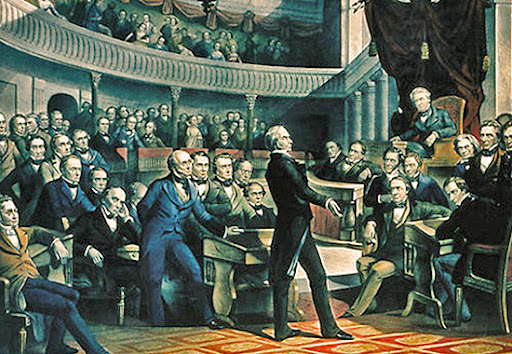 The membership of the WPTF is diverse and spread over the entire West. We have competitive generators but also investor-owned utilities and public utilities. We have power marketers and community choice aggregators. We have renewable developers and retail providers. But almost every member is in favor of an integrated power market in some form for the entire West. This consensus had blinded me to the need for WPTF to articulate a clear vision for this regional integration. Fortunately, our Board of Directors realized the value of codifying and sharing that vision.

Sometimes group deliberations can be painful affairs. One need only think of recent discussions of national policy or legislation to conjure a natural aversion to group discussions on a big topic. But a truly deliberative discussion in which everyone is striving for a common goal can be a gratifying experience. While the Board of WPTF is composed of a subset of the WPTF membership, the diversity of viewpoints and experiences yielded a comprehensive outline of WPTF’s policy vision on western market integration.

I’ll let the reader make their own assessment of the policy, but I think it is an excellent articulation of the key elements needed for successful integration of power markets in the Western interconnection. The core of the vision is the delineation of key elements of the market construct. They contain some familiar points such as the need for security constrained economic dispatch (SCED), but also how to deal equitably with diverse transmission access charges (TAC) while eliminating “pancaking of rates.” An interesting point on governance concerns striking the balance of independence with the need to make sure state interests are represented.

The benefits of regional market integration are a no brainer, right? I thought so until I was listening in on a CAISO stakeholder call on the Extended Day-Ahead Market (EDAM). I interpret the CAISO’s EDAM effort as the way to actively engage entities outside of California while the governance changes necessary to allow out-of-state utilities to become full members are resolved. Naturally, if CAISO does become the platform for a broad regional power market, California will have to share that market with other states in a FERC approved tariff.

What got my attention on the EDAM call was a question posed by the Energy Division of the California Public Utilities Commission (CPUC). The question began with a dubious assertion; “all of the benefits of integration have been achieved by the EIM…” WHAT? Every informed policy analyst or market participant in the region – not to mention the country – has understood that while an imbalance market provides measurable benefits, these benefits would be dramatically increased with the addition of a day-ahead component. Does this mean there are staff at the CPUC that are against expansion of CAISO? Is this a widely held view within the Energy Division or is it an isolated one? If the former, does this mean the Commissioners themselves are in this navel-gazing camp?

Getting clarity on whether the CPUC is in favor of CAISO as the basis of a larger integrated Western market is important. CAISO staff is working very hard to engage the many stakeholders within California and externally in building a market that will yield the benefits of integration – both from a reliability standpoint, and toward the integration of renewable resources. However, if there is little appreciation for the benefits of having California fully integrated into a Western market then we may be wasting our time on the EDAM effort. We can move on to having the Western Resource Adequacy Program (WRAP) or SPP be the platform to implement an integrated regional market. We can always bring California into a sort of Confederation through a Joint Operating Agreement like they have between RTOs in the East.

A long time ago (June 2021), in a galaxy far, far away (virtually), the Federal Energy Regulatory Commission (FERC) held a technical conference on resource adequacy (RA). Now the Commission is asking for comments on the Technical Conference. I suppose the gap between the conference and the comments (due January 31) is the result of challenges staffing so many proceedings during Covid. Think of it as the regulatory version of “supply chain” issues.

Given the efforts of the Northwest Power Pool to establish the WRAP there was a “don’t worry about it, we have this covered” tone from some of the panelists in the June Tech Conference. While WPTF will have some comments to file in this docket, here are some points we may be making:

Governance: The folks working on the WRAP – Northwest Power Pool, SPP, the utility representatives, and state regulators – appear very close to making a filing on the final composition of a “mandatory” RA program that covers most of the West. However, a way for the Governance to meet everyone’s needs – including those of the states – has not been finalized. Personally, I would give the states 205 filing rights at FERC as they have requested but that may be too much of a concession for some public power representatives.

Room at the table: My colleague Spencer Gray of NIPPC has forcefully asserted that the WRAP needs to accommodate non-utility interests in its process. It is understandable that utilities’ interests may have been the first considered. However, it will be necessary to eliminate the appearance of the WRAP being a utility “cartel” if reliability and economic efficiency are to be simultaneously accomplished. I appreciate the fact that getting agreement on the basic sharing of responsibilities of investor-owned utilities and some of the bigger public entities represents a significant achievement. But utilities are not the only animals in the Western forest.