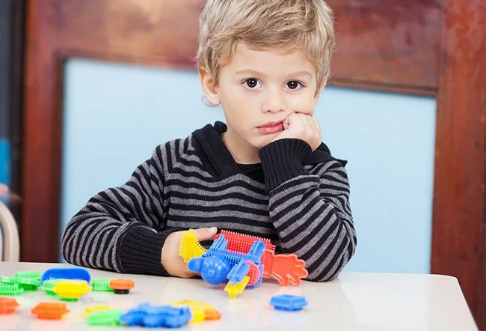 I’ve had two interesting interactions in the last few weeks.  One friend suggested that I like RTOs too much and another enquired why I am appear to be critical of one specific ISO/RTO.  For the record, I like RTO/ISOs!

I was attending a celebration of the national competitive generation trade association a couple of weeks ago. As the head of a “sister organization” or regional partner advocating for competition and markets in the Western Interconnection, I knew I was dealing with a group that had not paid much attention to developments beyond the Rocky Mountain Front. Why should they?

California has had an ISO for over twenty years, but efforts to create a broader Western regional organized market with all its benefits in transparency, transmission access and full use of the transmission system has proceeded in fits and starts. Different than the Southeast, where the existence huge vertically integrated utilities with deep political ties have blocked a regional market, the West is diverse and balkanized but recently anxious to integrate to make better use of the transmission system and the resources in a very tight region. But a combination of factors has hobbled integration efforts.

However, as anyone who has been involved in the West knows, there is not just one, but two or more platforms that may result in much of the West falling under a transparent regional market in the next few years. Whether it is the CAISO “extended day-ahead market (EDAM), the SPP Markets+ offering of the same incremental genre, or something that will grow on the ground being tilled by the Western Power Pool’s new Resource Adequacy Program (WRAP), I told the audience of competitive generators that market integration is coming organically to the West.

I thought I had delivered good news to this group until I heard from colleagues at a break. One colleague quipped that “if SPP is the answer, you aren’t asking the right questions.”  Another doubted that California would ever get its governance right to be a regional market and, in any event, the politics made it difficult for competitive outcomes.

I was struck by this dismissive view of what I saw as positive developments in the West. I then realized that many of these people were so focused on the fights in PJM, NYISO and ISO-NE on capacity markets, the regulatory environment favoring renewable assets and state programs to subsidize preferred assets that many were growing sour on the entire effort to promote organized markets.

I can sympathize with their angst regarding of the wild regulatory rulings have been coming out of FERC in the last few years as they pertain to centralized capacity markets. FERC has vacillated from aggressively moving to forbid state subsidies of any kind (2018) to now seeming to assert that all state subsidies should be allowed no matter the pricing effect on the capacity markets. During all of this, the Commission was falling into that partisan political vortex that years ago consumed Congress but is now infecting all Federal decision making.

But the response by my colleagues in the Eastern competitive community seems a very bad look that is damaging the reputation of competition. I told one colleague who was minimizing the organic progress in the West toward a transparent market – one that hopefully will result in a network wide security constrained economic dispatch (SCED) – that they were taking this great platform for granted. I would beg for a SCED market over the majority of the Western Interconnection. Automatic access to the grid that efficiently and transparently dispatches resources for single price per megawatt hour plus any congestion cost? Sign me up! But for my brethren in the East, this increasingly seems to be of little consequence to them.

Clearly the energy transformation poses significant challenges to the traditional locational market price (LMP) markets. These markets, which efficiently dispatch the lowest cost units up to the marginal cost, will increasingly dispatch the near-zero marginal cost assets of solar and wind and battery storage. Traditional thermal assets which will be necessary for a period of years to balance the system will struggle to be compensated. This is happening now in CAISO and will increasingly happen as the transition happens in the East.

But the fight to preserve legacy capacity constructs through varied litigation may be fighting the last war, while damaging relationships with regulators and policy makers. Perhaps engagement as the competitive community did with great effect in the days of Order 888 and Order 2000 on how to reliably manage the transition of energy resources would be better. Real thought and discussion on what a reliable transition might look like by those of us in the competitive advocacy world seems to be in order rather than litigating the past.

In the meantime, I would ask my colleagues in the competitive advocacy sphere to not take for granted the miracle of dispatching a broad regional network in the way that so much of the Eastern Interconnection has done for years to the benefit of customers and the environment. Heaven knows, we would love to have that in the West.

“Do you dislike CAISO?”

I had intended to leave this blog with the positive note of the movement toward a real regional market in the West. But a good friend approached me at a meeting of Western state regulators hosted by the Western Interstate Energy Board (WIEB) in San Diego. This friend greeted me and then looked uncomfortable. After reading some of my past blogs, she wondered if I “disliked” CAISO? It seemed that I was discounting CAISO’s efforts to grow into the role of regional market administrator, first through EDAM and hopefully as the RTO (after solving governance).

“Shocked” would be a good way to describe my reaction to the question. “No, of course not,” I pleaded. I have nothing but respect for CAISO, Elliot, the staff, and the tremendous efforts they are making to become the regional RTO. I firmly believe Elliot and his staff would be great in the regional role but noted one problem: California politics. Given the tremendous hurdle to remove barriers and get approvals to become the Western (not just California) RTO, I must embrace the competition - that’s what I’m all about - of SPP’s efforts to provide an alternative. This “horse race” is necessary to have leverage if CAISO is prevented from becoming the RTO for the region. I don’t care who wins the race, I just want one of the RTO “horses” to get over the finish line.

I would love there to be one big Western RTO. But if that can’t happen, regional reliability, and efficiently managing variable resources may require another RTO for the rest of the West to work with CAISO. In the meantime, we’ll cheer on both “horses”.