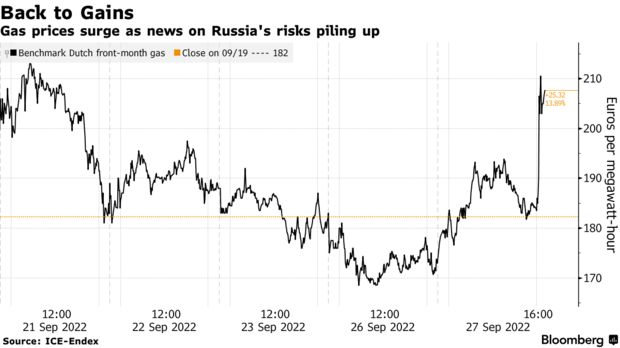 It had been a crazy spring and summer of travel, and I needed a break. Covid receded, for most, just in time for the West to prepare for various efforts at regional integration of the grid. But by the end of August, I was exhausted. So, my wife and I cashed in some frequent flyer miles for a trip to France to relax, enjoy some wine, see some sights and promise myself to only check email once a day. As I flew home this week, I began to ponder what I heard and how it might relate to the Western energy market.

First, it seemed as if all of Europe was discussing how tight supplies for heating and power were going to be this winter – mostly due to the Russian invasion of Ukraine – and what they could do about it. Some of the ideas were good (conservation measures), some seemed counter-productive (price caps) and some were downright disturbing (France cutting exports to Italy). I realized that the European market’s bilateral arrangements, national monopolies and uncoordinated energy policy was not well positioned to handle the economic effects of the Russian aggression.

While Europe and the United States have demonstrated a commendable resistance to Russian aggression against Ukraine, we all have done so knowing that it will affect energy supplies and prices. Europe is cut off from Russian natural gas and the United States will send increasing amounts of liquified natural gas (LNG) to new customers in Europe to help make up the difference. Since Russian gas has been taken out of the market, the price rises for everyone; the European consuming market and the American producing/consuming market.

This rational way to manage energy scarcity caused by the security situation might work, if there were an integrated market for power across Europe. Prices would be high, but economic incentives would be in place to get whatever energy is obtainable and to incentivize customers to conserve. But there is a mishmash of market structures throughout the EU; bilateral arrangements of sales in the middle of the continent dominated by national monopolies, a network dispatch in Spain and the Nordic countries. DC interconnections between some countries, weak synchronous connections between Eastern Europe and some western EU countries like Germany.

The announcement from the French monopoly – Electricite de France (EDF) – that it might cut power exports to Italy as a result of possible fuel scarcity was shocking to me. The whole point of an economic union is to better the whole of the economies rather than hoard resources, which inevitably leads to more scarcity and high prices that do not deliver a signal to invest. This becomes a reinforcing circular dynamic in which “beggaring your neighbor” leads to less investment and more uncertainty. Imagine if the Pacific Northwest did that to California during the heat wave. Imagine if PJM and MISO had done that to its neighbors during Winter Storm Uri?

High prices normally provide their own demise - if allowed. High prices lead to economic incentives for customers to be efficient and conserve where possible. These same prices also incent an increase in supply that is the other side of the cure for high prices.

However, politicians also have their incentives as well. They must be sensitive to the human needs of their constituents. But “appearing” to be sensitive often leads the politician – or the regulator - to force a price cap. It’s fast, it looks like action and it’s normally quite wrong. The scarcity that led to the prices rising will still be there. The consumers will have less incentive to be wise in their energy choices and investment in new supply is not attractive. One can, of course, command investor-owned utilities to build or procure, but the rate base is a pass through that is not easily subject to the discipline of competitive influences.

The question is; how to provide some “insurance” to customers so that they can protect themselves from high prices, but also provide incentives for suppliers to make necessary investments in resources or risk not having sufficient capital when prices get high? As described by researchers at the Massachusetts Institute of Technology, consumers may buy “affordability options” from generators, a form of insurance that would return profits from excessive prices to consumers, in effect creating an automatic windfall tax. As opposed to a government imposed “windfall taxes” for excessive income, there is no arbitrary level imposed by regulators who are not informed by market experience despite their good intentions.

These conditions for customer proactivity, limiting sustained prices from scarcity, can be achieved if there is access to a sufficient number of suppliers with which to negotiate. Customers that are limited to one or just a few suppliers will normally be at a disadvantage in negotiating limits to high prices. That is the beauty of an integrated market with a transmission system that is maximized as a common carrier at peak capacity.

Challenges to the market forces remain

Truly, customers and reliability would be best served by large integrated markets with transmission operated as a network rather than individual “electric pipelines” as is the case in the non-California West. But even an integrated regional network market is going to have its challenges in the new world of renewable resources that have net-zero marginal costs (i.e., no fuel costs). CAISO, SPP, ERCOT and even some other markets are finding periods of time when renewable resources are driving the price of power to near zero.

But consider a situation like the one California found itself in during the first week of September. Solar dominated the middle part of the day. Batteries helped with the “net peak” when output diminished as the sun set, but the demand was so high that batteries could not meet the demand for more than a few hours. Hydro or other imports from the Northwest might be available if the weather isn’t hot there and if hydro is still available and, if the Deseret Southwest is not too hot, there will likely be enough resources to go around. But as was the case in this month’s heat wave, combined cycle generation was still needed in great abundance in the non-solar hours.

But these kinds of events are episodic and difficult to predict. If you own one of these thermal resources, can you believe there will be enough income on a regular enough basis to invest in the necessary upkeep and occasional improvements to keep them on the balance sheet? The thermal fleet has proven itself a savior during the passing events of high demand. Will that continue if income from the energy market is minimal?

The recognition of the changing nature of resources – driven both by public policy and the demands of many customers – has revealed a weakness in the single price dispatch that has driven most power markets over the last 20 years. Currently, there is a debate as to how to 1) achieve the most efficient and clean megawatt in the energy market but also 2) if a separate price auction is necessary for a dispatchable unit that may be a thermal asset requiring some form of regular income. This latter notion is not the same thing as the “capacity market” construct which is based on all megawatts being equal. How to design an efficient market that also allows for “dispatchable” units when needed is a debate that has become ripe for discussion.

But in the meantime, an integrated market based on prices rather than artificial price constraints is the best way to meet our needs. This is the new world and we should not fall back into the “old world” of cost of service regulation and government-imposed pricing.