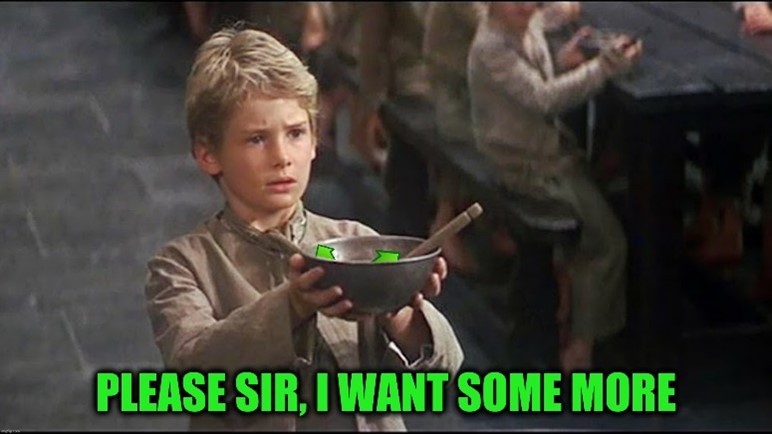 Anyone who has read my blogs over the last four years knows that I feel a regional power market with a network dispatch in the West is key to a reliable future and smooth the introduction of clean resources in an economically efficient manner. It is this belief that has motivated me to support market expansion - CAISO, SPP, the new WPP, or whomever - to get one or more RTOs to efficiently and transparently dispatch the resources of the Western Interconnection. This is akin to believing in God (a benevolent one) while being agnostic about the doctrine. This entity just must adhere to the Golden Rule: “Do unto others as you would have them do unto you.”

For this reason, I and WPTF consultants Carrie Bentley, Caitlin Liotiris, Kallie Wells, Clare Breidenich, and many of our members have dedicated considerable time and attention to both the efforts of EDAM and SPP Markets+ efforts. While being a bit chagrined that the West is engaging in yet another “interim step” toward an RTO (I thought that was what EIM was about), I leaned into all these efforts while Governance of the CAISO was worked out and SPP revved up its competing effort. We need an RTO pretty darn quickly, but the West is a region that is harder to organize than a room full of cats.

The two efforts are being ably led by the dedicated staff of CAISO and SPP. They have considerable expertise in designing and implementing RTO markets with a “security constrained economic dispatch” (SCED). The SCED approach allows for full utilization of the transmission system beyond what is possible in the bilateral market dictated by each utility’s Open Access Transmission Tariff (OATT). Movement of power in this world uses a fiction of a “contract path” to make transactions look like a gas pipeline. The RTO system utilizes the capability of the entire system by redispatch based on congestion that is priced and transparently allocated. Thus, in 99.9% of the time, everyone has access to the system.

But there are no entities on the face of the Earth – at least of which I am aware – that have ever designed and implemented a wide area regional “day-ahead” market combined with an “imbalance market” where the incumbent utilities still implement their individual OATT rules (which are not uniform). I have been assured by people that I trust in both the CAISO and the SPP – all of whom I view as truly independent – that it was possible to respect the OATTs and get to something like a regional dispatch. I am beginning to wonder now.

Let’s first recall that power markets are very complex. The average tariff of an RTO can come close to 1,000 pages, with various appendices, called “manuals, to explain the rules of commoditizing power and transporting it over a common carrier like an interstate system. Now, consider how more complex it may be to design access to as many as 30 systems while attempting to both respect their rules while ensuring fair access. Accepting the fact that all parties are acting in good faith and there are no economic incentives to impose barriers to access, the task is still monumentally difficult and, to this point, never implemented.

So, if we in the West are engaged in an “incremental” step toward an RTO, the effort might be acceptable though not optimal. The only reason to do this is to try to move the region, as one, toward the efficient and reliable regional network dispatch of an RTO.

But what if parties engage in the work of the “incremental” day-ahead market and then decide – for reasons of fatigue or whatever – that is enough. We are not going to “the promised land,” we’re OK, right here with the “incremental” construct?

One might be tempted to say, well, that is the prerogative of the parties in the West if they want to sit down where they are standing after a day-ahead effort. But it would be a sub-optimal outcome from a regional reliability standpoint, not to mention the efficient introduction of new resources which thrive in transparent markets with price signals. The day-ahead market may be an improvement on the status quo, but it is very unlikely to yield the benefits of a regional network dispatch with transmission access easily available.

There is no national regulatory structure that could direct the most rational, efficient, and reliable system for a regional electricity grid. FERC suggested back in 2002 it might have the legal authority to force a uniform market formation, using a reliability justification under the Federal Power Act. But the effort to use that untested authority got a harsh lesson in power politics when utilities in the West and Southeast objected – in no uncertain terms - through their Congressional representatives.

Save for an Act of Congress, nobody is going to “force” rational regional market formation, so let’s set that possibility aside. The Southeast can go its monopolistic way, which really has one big utility sitting inside the region that can effectively manage reliability in concert with TVA and the captured customers in the Florida peninsula. But for the West, with its IOUs, IPPs, CCAs, Public Power, Power Marketers Federal Power Authorities, the tight resource conditions, and the demands for introducing new resources with variable output suggests the need for a regional RTO, not experimenting with “incremental” improvements.

Given all the laudable efforts of CAISO, SPP and others to help the West move toward a more reliable and efficient outcome, I must have faith that all will work out and remain hopeful for the rational outcome that is necessary for the region. All these meetings toward market integration have been models of civility – a contrast to our national politics – so perhaps I am being over-anxious. I hope that is the case. It would be a shame for all of us if some of us decided to “sit down” and not press on to the “promised land.