Making the Most of New Infrastructure 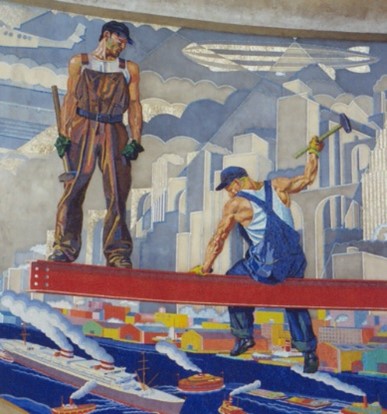 Making the Most of New Infrastructure

I come from a family that has been involved in politics for three generations. My grandfather was an elected District Judge. My father was a State Senator. My brother and I worked in two Administrations in Washington, DC. While the nastiness of political discourse over the last several years has dampened my interest in politics, I’ve got a fair amount of context in which to fit current events.

Consequently, I took special notice when Congress passed an infrastructure bill of such significant magnitude. I know that the last several Presidents – both Democrat and Republican – have sought to pass a “big” infrastructure bill… but it never happened. This bill is of note not only because it is hard to argue we don’t need it – the economy runs better with good infrastructure – but also because it likely portends big things for our very important power industry.

Ever wonder why the West is suddenly all agog with setting up regional organizations and considering how to integrate the region into a market after pushing back against organized markets in the early 2000s? I would argue it has much to do with the rapid adoption of renewable resources that – while producing power without emissions – are variable in output. Even before the recent urgency of climate change, bipartisan majorities in successive Congress have passed various tax credits that resulted in considerable generation produced from wind and solar resources. This was particularly true in the West which has many of the best spots for such resources.

The variability of output from renewable resources can lead to more output than the customers of a single utility can use. The need to find a home for renewable resources’ output when it exceeds a utility’s need has been a primary motive for Western utilities to enter a voluntary, real-time “imbalance market” with the California ISO (CAISO). Without a way to sell unneeded output, renewable generation would have been “curtailed.” Not only would this be a horrible waste of a renewable resources, but it would also be a horrible waste of an investment. The solution? Try broadening the market – thus the Energy Imbalance Market (EIM) was born.

Don’t spend that all in one place…

I remember the first paycheck I got after working two 40-hour weeks the summer of my 16th year. I felt absolutely affluent! I also remember my parents invoking that old admonition about “not spending it all in one place” followed by the traditional advice of saving some of it for a rainy day.

This same advice is apropos for those in the power business eager for the boon of the new infrastructure bill. But the storied youthful ingénue in this case is not those of us who have been deploying scarce capital for years. Rather, the admonitions should temper the expectations of some policy makers and perhaps some speculators feeling newly affluent upon the signing of the infrastructure legislation.

Alas, the multi-billion-dollar sum set aside for power infrastructure, large as it may seem, will be helpful but will not be enough to “transform” the power industry or to provide for all the reliability improvements needed for the broader economy. Further, if this infrastructure money is deployed for assets that can not be utilized as efficiently as possible, the costs to consumers will rise and the public support necessary for further investments in clean energy and reliability may be undermined.

Imagine assets built in geographic spots that are good for capturing wind or utilizing the sun but are far from dense population centers. Without changes in how we operate the grid, some output may not get to customers or may need such redundant numbers as to be cost-prohibitive. This is not just a matter of building out the grid – though transmission infrastructure is needed. It is a matter of integrating the West into a market that efficiently dispatches those resources across the grid.

A word about “reliability” …

It is true that many states in the West are eager to integrate the region into an RTO-like market to facilitate aggressive environmental goals. However, Idaho Commissioner Kris Raper reminded me that environmental motivations do not necessarily resonate for everyone in the West. For many, the fundamental reason for a truly regional market is to enhance reliability. Under this paradigm, giving up some control of individual systems or jurisdictions is only reasonable for the reliability argument. This group notes – with considerable evidence on their side – that it is the rapidly changing fleet of resources that necessitates regional integration. And even among those for whom reliability is the primary impetus for regional integration, nuances are important.

Case in point: when I used the argument of reliability in Arizona for regional market integration – something beyond the RA counting regime of the Western Resource Adequacy Program (WRAP) – I got a bit of pushback. This surprised me because there are few places in the West where the supply/demand margins are tighter than Arizona. The “reliability” argument was internalized by this colleague to suggest their utility was not operating reliably. I quickly poured this colleague a glass of wine and modified the argument; a regional market would make it easier to achieve reliability. This nuance resonated as a reason to regionally integrate.

Despite their differences, those with the reliability perspective along with those who are motivated by environmental concerns share the following conundrum: regional diversity of load combined with the ability to access more – often intermittent – resources over a broader area requires regional coordination to ensure reliability. While the solution may be integration into a power market for the West as a whole, the motivation for individual areas can be fundamentally different. That bears keeping in mind – take it from this third-generation observer of politics.

While I am generally supportive of the bipartisan infrastructure bill, I am always wary of how the investments resulting from sweeping legislation will be made. It would be impossible for such a large program to result in a perfect allocation of resources. But for money that is deployed in the Western power system to be used as wisely as possible, regional market integration is not just useful, but necessary. There are equities both in the market and in jurisdictional issues such as governance that need to be worked out in the new regional framework. But these equities can be fairly negotiated so that we can use the new resources afforded by the infrastructure bill to everyone’s best advantage.