Good Will and Hard Work. Can Future Diablo Fire Drills Be Avoided? 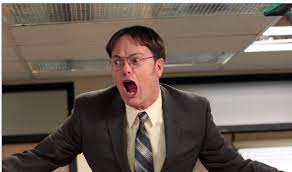 I began writing this blog when I heard the sad news of the passing of Mikhail Gorbachev, the last leader of the Soviet Union. Now mostly forgotten, he, along with Ronald Reagan and others helped change the end of the 20th century from uneasy co-existence marked with constant fear and rivalry to one of hope. My brother worked for President Reagan during his first summit with Gorbachev and it is thrilling to recall the potential we felt then.

The more personal side of this story is that my kids were adopted from a former part of the Soviet empire – Kazakhstan. Without Mikhail Gorbachev being a person of good faith and working with other people of equally good faith such as Ronald Reagan, Margaret Thatcher, George H.W. Bush and others, our family would not have been possible. Thanks, Gorby, Ronnie, Maggie.

Well, Gavin did it with a vote that was the equivalent of hitting a game winning shot as time expired. The California legislature voted to extend the life of PG&E’s Diablo Canyon nuclear generation station. We should all understand that this is a “vote”, but the relicensing process of the Nuclear Regulatory Commission (NRC) awaits. The first unit was to retire in 2024. The relicensing process normally takes close to 5 years. Can this independent agency be “leaned upon” by the Biden-Harris Administration – note the underline - to influence the process? We’ll see.

While I am in favor of nuclear power to help meet our environmental goals while maintaining reliability, this process of hurried reconsideration of a formerly a politically popular closure (in California) leaves a bad taste in my mouth. California policy makers and regulators seem to have a penchant for making dubious interventions into process like market rules that they previously approve or Integrated Resource Plans and then wonder why the energy picture in the state is so confused. Gorbachev let go, why can’t they?

Meanwhile, back to today…

As we all know, there are several efforts to incrementally (I’m getting sick of that word) integrate the West into a more efficient network-based market. This is important whether your priority is reliability or energy transformation.

Both platforms were ably represented at the recent WPTF Summer Meeting in Coeur d’Alene, Idaho. Mark Rothleder was there to receive an award recognizing his 20-years of dedication in making CAISO perform a transparent, market-based dispatch for most of the Golden State. SPP President Barbara Sugg was our Keynote and highlighted the transformation of an area of the country dominated by intrenched, vertically integrated utilities into an open network dispatch over a vast area.

Many of us have been wearing out brain cells digesting and, ultimately comparing, these two platforms. This is hard stuff. While we have great experience with the old bilateral market as well as the more efficient network dispatch of an RTO, there has never been, to my knowledge, a Day-Ahead market created. It thus requires considerable conceptual thought about how solutions might work, how it compares to the other offering and how it might work with the new Resource Adequacy program offered by the new Western Power Pool (WPP).

Speaking personally, it beggars the mind why we don’t skip this latest incremental step – the Energy Imbalance Market was supposed to be the incremental step – and just go to an RTO. If the RTO were based on CAISO, we can figure out a “shared” governance scheme to give prospective members outside California an equal amount of control. If it’s an SPP platform, then some Western process around an already independent Governance arrangement can be easily negotiated. But I am told the additional complications, negotiations, and years necessary to do the incremental Day-Ahead market is necessary to ultimately get to the more efficient RTO dispatch.

The Real World Won’t Go Away…

I’m sure it hasn’t escaped anyone’s notice, but prices are up from last year. This is true of natural gas, gasoline, food, and even materials necessary for the energy transformation (nickel, lithium, etc.). The explanations are varied ranging from Covid-derived supply chain surprises to the Russian invasion of Ukraine. This has been felt in the Western U.S. power sector as more natural gas has been used for power generation, owing to decreased availability of hydro resources and heat driven demand. However, if you think we have it “bad” then you haven’t paid attention to Europe. Our friends over there are in a terrible fix, thanks, in part to their own poor decisions and thanks to the unrestrained evil of Vladimir Putin. Mix in a historic and prolonged heat wave over most of the continent and you have a real problem.

How bad is it? Last week, the British energy regulator (Ofgem) approved an 80% increase in the price cap for energy, recognizing that constraining the bid price below reasonable costs for production would just lead to shortages, or bankrupting of power companies. French President Macron suggested that there needed to be a separation of the price of power and the price of fuel – presumably to give more visibility to the causes of increased prices.

I was glad to hear that nobody was talking about simply capping the wholesale price for power at a lower price. That would undermine the price signal for more investment to increase supply, decrease demand or some other form of substitute. Europe, and most Americans according to polling, want to get to a world where energy is less polluting. But paying for the current forms of energy to keep lights on, homes at the right temperature and businesses running is essential. But this puts a burden on households and businesses.

All choices have consequences, but one temporary suggestion is to have direct payments to individuals to offset what should be temporary energy prices. The trick here is to determine when those payments would end, and there are valid arguments that this undermines incentives to be efficient, but there is a human side.

But we have our own challenges…

So, we have our challenges in the Western Interconnection. We have knowledge and at least two worthy platforms that can help us meet our future. We need to have hope and continued good will among market participants, regulators, and others to get this done. Can we recapture the hope of the end of the 20th century when two implacable foes found rational common ground? Hopefully. I will urge we do this sooner rather than incrementally… 😉.